At the end of our Stone Age to Iron Age topic, the children in Year 3 arrived at school early on the 6th of April, excited to be visiting the most well-known prehistoric monument in Europe!

When we arrived, half the year headed straight off to the famous stones, while the other half set about discovering what Neolithic life at Stonehenge was like. First they became archaeologists, exploring Stonehenge through a variety of models and artefacts to answer key questions such as how Stonehenge was built and how we collect evidence to find out what things were like in the past. Then they headed outside to visit Stonehenge’s Neolithic village and try their hand at fence-building, rope making and grinding corn, just like our Stone Age ancestors would have done! 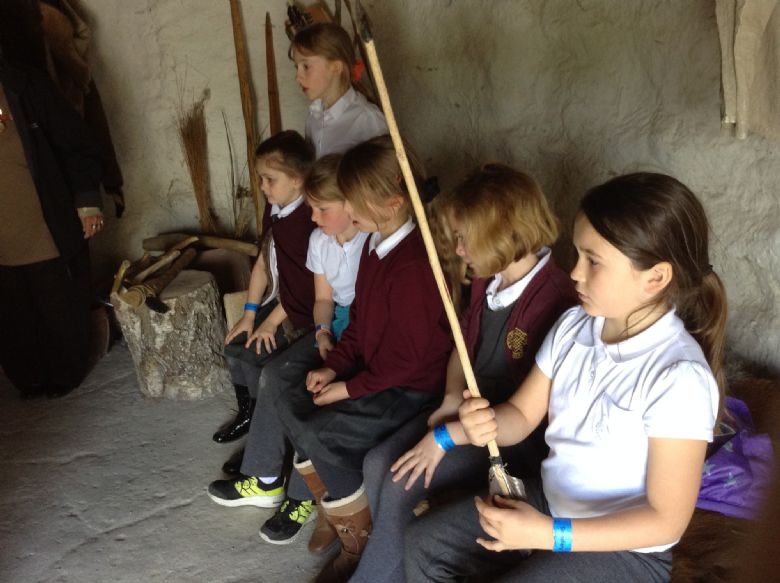 After lunch in the glorious sunshine, the groups swapped over and we were lucky enough to be given a tour of the famous stones by one of English Heritage’s volunteer experts. She accompanied us around the stones, explaining the different parts of the stone circle and its surroundings and answering the children’s questions. They were thrilled to be seeing a prehistoric monument they had learned so much about and they had plenty to ask her!

At the end of a long and busy day, the two groups got back together to board the coach home with some wonderful new memories of their Neolithic day at Stonehenge. Thank you so much to all the parent helpers who came along to help make this such a special day for the children. We couldn’t have done it without you!