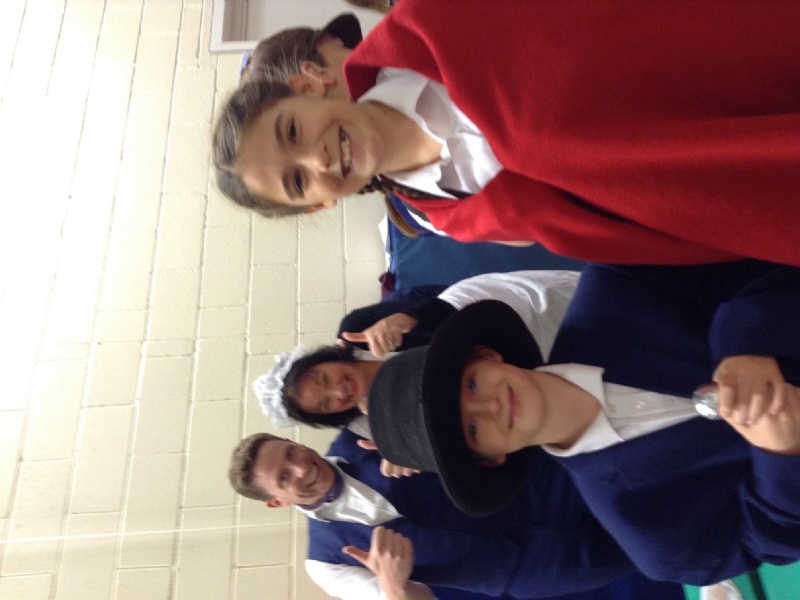 On Monday, 19th November, Year 6 invited family and friends to attend a world-class Victorian Exhibition.  The children had planned, organised and arranged the whole programme of events, which highlighted their learning over the last term.

Stalls were set out that featured delicious treats from the Victorian era.  Everything from Victoria Sponge, jam tarts, coconut ice, sausage rolls, and apple crumble with custard was on display and available to taste!  The young chefs advertised their baking with colourful menus and posters and were on hand to explain the history of their dishes.

In other parts of the hall, inventions made by the children were on display alongside models of suspension bridges.  Visitors were encouraged to design a bridge of their own to rival those made by Brunel! Victorian toys were arranged on tables and guests could try their hand at making a ball and cup.

A pin-hole camera had also been built by the children and the science behind the images was explained by the children.  In the art corner, children showed off all the work they had made during the term and taught the visitors how to make a print in the style of William Morris or a Victorian Christmas card.

The evening was rounded off by two dramas written and performed by the children about the plight of Victorian child workers.  All in all, it was a fantastic evening and a real credit to the children.  Everyone had a great time and we are very proud of them!