Our Year 4 Footballers were fantastic at the Corfe Hills School Football Festival on Thursday 17th November.  They shone and made us all so proud!  All of the children played with so much heart and passion! 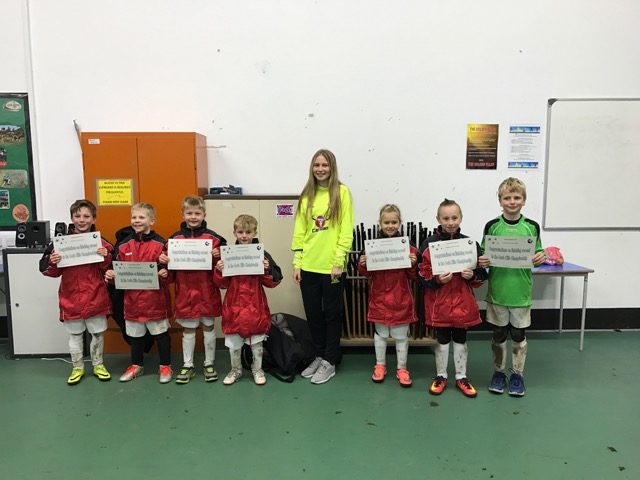 A Team: Our A team lost 2 and drew one, but came second in their final round.

The A team was the seeded into a final round, where the children played brilliantly with some superb defending, but unfortunately lost, coming runners up to Merley First School.

B Team: Our B team won every match, coming first overall out of 6 teams – what an achievement!

6 – 0 Win against Sturminster Marshall B2

6 – 0 Win against Sturminster Marshall B1

The A team was the seeded into a final round, where the children played for first place overall in the B Team’s competition.  They won this match 3 – 0 against Henbury B Team and were just amazing.

In the photographs, the children are stood with Molly Pike, who attends Corfe Hills School and plays for England & Chelsea under 16s Football Teams.  I’m very much looking forward to watching these children play again in the future - it's looking very bright!