Year 6 Step Back in Time 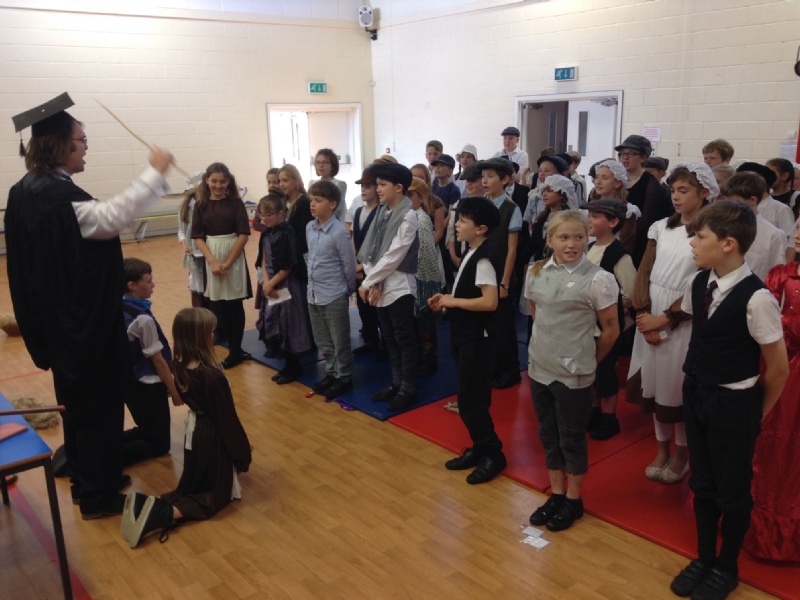 Our Victorian Drama Day with the Treehouse Theatre...

On the 17th of October, we had an amazing experience; a Victorian Drama day with the Treehouse Theatre.  Since we had been learning about the Victorians, we knew all the answers to the questions!

It all began when we walked into school; the costumes were great, you could tell who the rich and who the poor Victorians were!

Toby wore a jacket and top hat and Freya wore a beautiful red silk dress.  Fearn and Oliver had coal on their faces and were dressed as chimney sweeps. 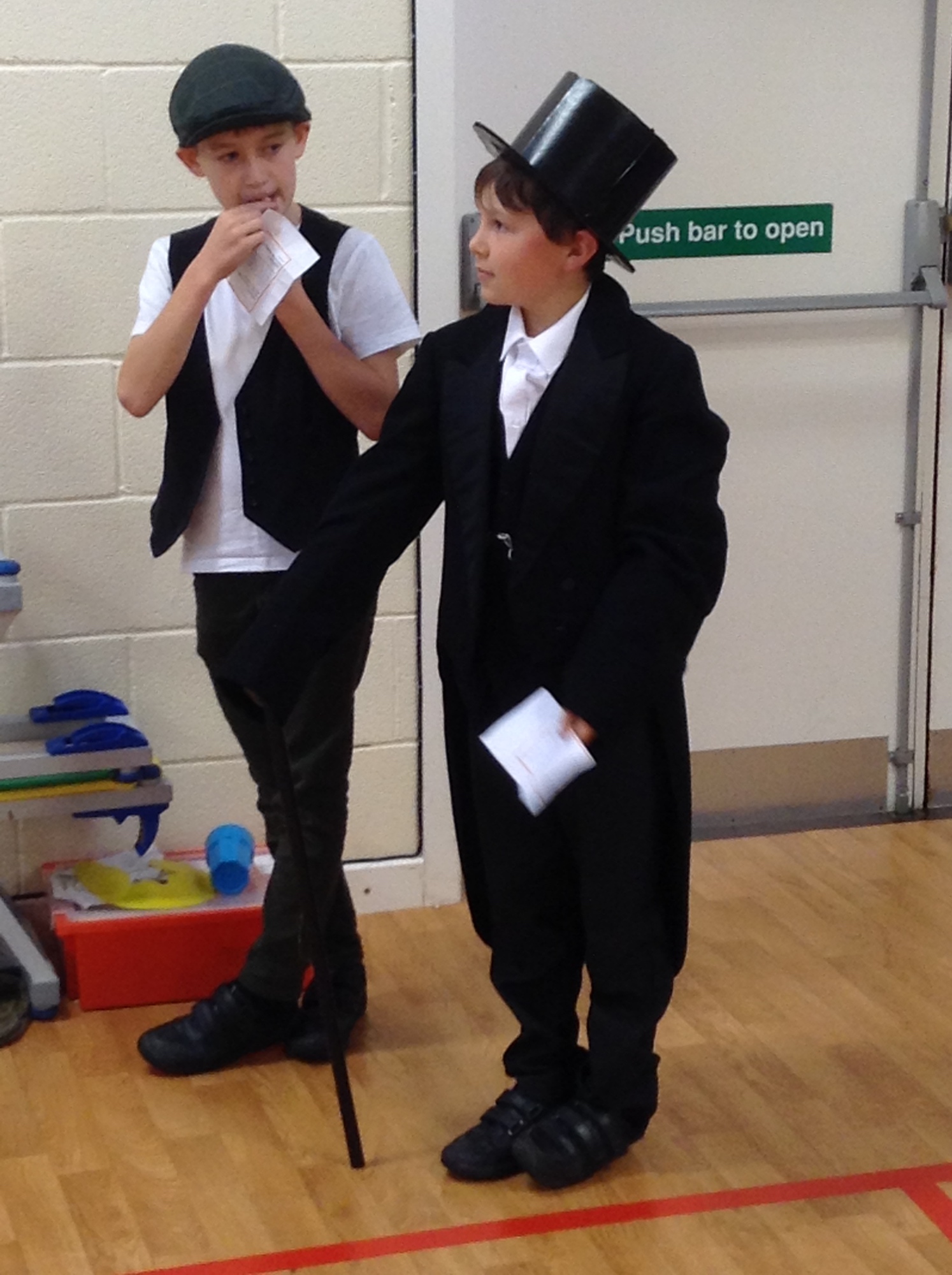 In the hall, we were split into four different groups.  Each group told a different story about Victorian child workers from factory workers, miners, chimney sweeps and domestic servants. I was in group 4 and I really enjoyed it. I played a beggar called Rosie. She worked as a pick-pocket but was worried about getting caught and going to prison. Her master got angry and told her she would be best for begging.  Then he caused her to go blind which meant she would make more money. I got to scream as loud as I could and run of stage which was fun.

It was a great day as we also got to miss lessons! I had a laugh with my friends who were also awesome characters. At the end of the day, I didn’t want it to be over. I love drama and year 6 were so lucky to have this opportunity. 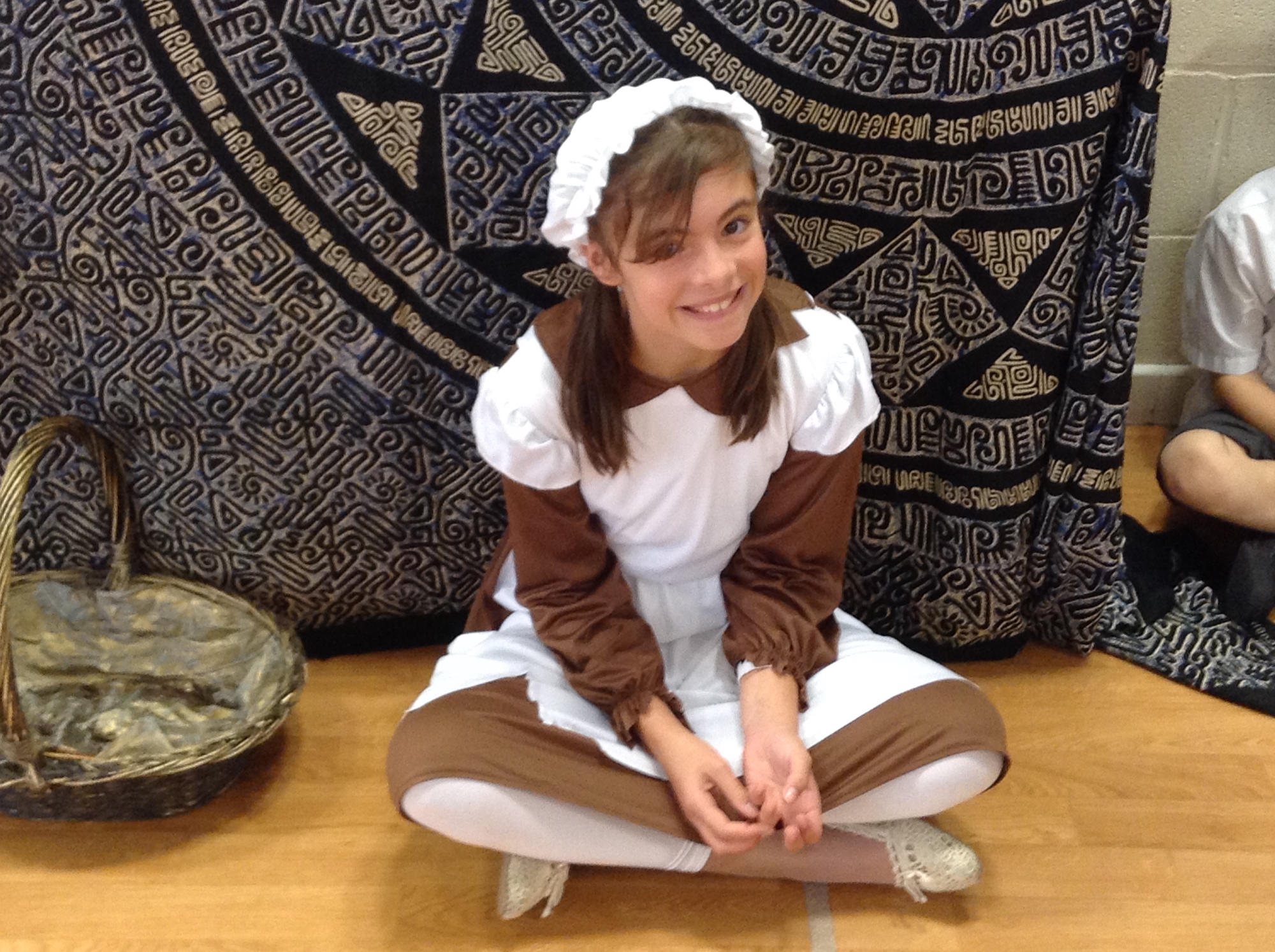